Botox for a Younger Looking You in Erie, Pennsylvania 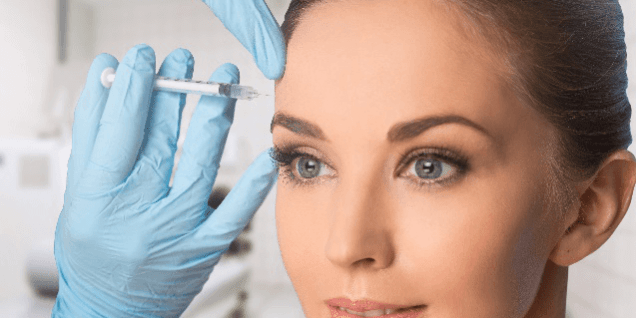 One of the most requested procedures, Botox®, is a very popular injectable used for cosmetic reasons. When used correctly, Botox® injections are marginally invasive and proven to be safe. Botox® Cosmetic is the first FDA-approved treatment to briefly ease moderate to severe frown lines, forehead lines, and crow’s feet. Botox® Cosmetics are designed to help you look like you, only with less noticeable facial lines.

Facial lines are caused by the reduction of collagen, damage caused by free radicals from the sun, and other environmental factors. Repeated muscle contractions as you frown, squint or raise your eyebrows cause your skin to furrow and fold. These actions result in the formation of facial lines. Botox® Cosmetic injections in Erie Pennsylvania work underneath the surface of your skin to temporarily reduce muscle activity that causes frown lines, forehead lines, and crow’s feet.  With a 10-minute treatment and a 24-hour wait time, you will begin to notice wrinkles start to soften, and the results often last up to four months.

Botox® Cosmetic is proven, scientifically verified and it works, but do note that your results may vary from someone else’s. Your success with Botox® Cosmetics in Erie, Pennsylvania, depends on your skin, the depth of your lines and wrinkles, and how well you take to the treatment.

Years ago, when you saw someone who regularly used Botox® treatments, you saw a face that was a bit frozen looking. However, with new clinical trials and changes, Botox® now delivers results that are more subtle when administered by a medical expert licensed and trained in facial anatomy. Botox® treatments in Erie Pennsylvania will help you look like yourself-only with less noticeable lines. “No one should be able to tell you’ve had anything done.”

Botox® Cosmetic in Erie, Pennsylvania, and all over the world have a very established track record. Backed by over 16 years of scientific published studies, Botox® cosmetics is the most studied treatment of its kind and approved for use in almost 100 countries. The safety and efficacy of Botox® have been documented in more than 528 peer-reviewed articles in both scientific and medical journals. How much more safety documentation of this treatment in Erie, Pennsylvania, do you need?

A good thought to remember, Botox Cosmetic is a biologic product that cannot be substituted for another product. The FDA stated that Botox is a “non-interchangeable”  product, or any other product cannot claim its safety and effectiveness. The strength of Botox® is measured in scientifically defined units. Other cosmetic injectables claim to smooth your lines and wrinkles, and they work. However, Botox® cannot be substituted or compared to another product. Botox® is unique.

To better understand Botox®, look back on the history of this purified and diluted form of the world’s deadliest toxin.  It is a colorful story involving a batch of spoiled sausages, a band of Belgian musicians, a pickled ham, and two married Canadian doctors.

The protein used in Botox® was first discovered in 1820 when a German poet and medical enthusiast, Justinus Kerner, found that something in spoiled sausages was to blame for lethal food poisonings of at least 50 people in his town. Kerner was an expert on sausage poisoning, and he published the first scientific description of what is now the symptoms of foodborne botulism.

In 1885, a Belgian physician, Emile Van Ermengem,  who was also a professor of microbiology, was asked to research an outbreak of possible foot poisoning in a band of musicians. These musicians had been playing at a funeral, and they became seriously ill after eating pickled ham. Some members of the band later died.

Through clinical and toxicological analysis of the food the band members had eaten, Van Ermengem discovered an anaerobic bacterium that caused the illness.  Van Ermengem was so enthusiastic about his discovery he named the toxin Bacillus botulinum after the Latin word for sausage (botulus).

In the 1970s,  diluted botulinum toxin was tested by Dr. Alan Scott, an ophthalmologist in San Francisco, to treat muscle spasms that caused uncontrollable blinking.  Biochemist Edward Schantz also began using the nerve toxin to treat crossed eyes or strabismus. By 1980, the toxin was being used by ophthalmologists and neurologists as a remedy for uncontrollable blinking, crossed eyes, and other eyelid and limb spasms. Further research showed that onabotulinumtoxinA injections could solve more medical issues caused by facial, neck, and shoulder, and even vocal cord spasms.

More clinical trials with bacillus botulinum were initiated in the 1990s. Medical issues like writer’s cramps,  bladder spasms, excessive sweating, and cerebral palsy symptoms were treated with injections of the toxin, and the treatments were successful. Injections can effectively treat episodic migraine symptoms of nausea, vomiting, and sensitivity to lights, sound, and smells of the toxin.

The most earth-shattering discovery of Botox’s benefits was discovered by accident when Canadian ophthalmologist Dr. Jean Carruthers realized her patients were losing their frown lines and crow’s feet after injections of the deadly, but diluted, toxin. Dr. Carruthers and her dermatologist husband did intensive studies of the toxin. They ultimately published their studies in the Journal of Dermatologic Surgery and Oncology. The doctors claimed that C.botulinum-A exotoxin was a safe and straightforward procedure to treat brow wrinkles and crow’s feet.

It took almost ten years before the toxin was widely used for cosmetic treatments. People were leery about using poison to paralyze and relax the muscles to take away wrinkles and frown lines. The very idea was bizarre. However, a word about the results of the toxin traveled steadily and in 1991, the drug company Allergan saw the potential of the botulinum toxin and acquired the original company and changed the name to the catchy Botox® moniker.

You can imagine what happened when this news came out!  Dermatologists in Hollywood took note and took advantage of the cosmetic use of Botox injections. By 1997 Botox was used to “freeze” wrinkles in celebrities and those who could afford the treatment.

FDA approval continued to come in for Botox® use, and in 2000 Botox® got the FDA’s nod to treat neck and shoulder spasms. In 2002 Botox® Cosmetic got its official government approval, and the drug company, Allergan, began marketing Botox® Cosmetic injections for aesthetic purposes. By the end of 2002, Botox® Cosmetic sales had reached over $400 million.

In 2003 Allergan proclaimed that Botox® was one of the most successful pharmaceutical brands launched. And, in 2004, Allergan received FDA approval to treat severe underarm sweating or hyperhidrosis.

By the end of 2006, Botox®sales rose past the $1 billion marks, and cosmetic use was about half of those sales. Botox® injections were offered at gyms, spas, and there were even Botox® parties. It was a staple of makeover shows, med spas across the country, and the beauty secret of presidential hopefuls (men use Botox injections, too) and Hollywood stars.

Botox® Cosmetics used at Glow Laser & Beauty in Erie, Pennsylvania, is the original wrinkle smoother. It is safe, and when prescribed and administered by a trained medical aesthetician, there are very few side effects or complications. Do note that common side effects of Botox® Cosmetic injections could be neck pain and stiffness at the injection point. You may develop a headache and experience temporary muscle weakness in your neck and upper shoulders. When these side effects do occur, they usually resolve on their own with a few hours or days.

At the end of 2015, over eleven million people in the U.S. have used Botox, the derivative of the deadliest toxin on the Earth, to smooth facial wrinkles. Today Botox Cosmetic is still one of the most requested treatments for facial wrinkles and lines in Erie Pennsylvania and global medspas.

What is collagen induction therapy? Is it worth the pain?
March 17, 2021

What are the advantages of HydraFacial over other types of facial?
February 16, 2021